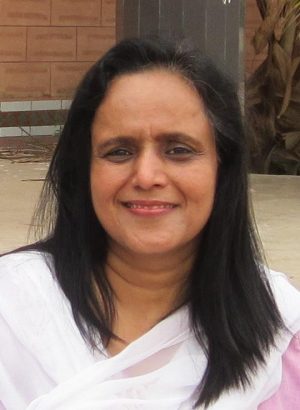 ABOUT HER, HER FAMILY & HER HOME/CITY:

She was born in Karachi in 1961. She is very grateful to her parents for inculcating the habit of doing the best with one’s potential no matter
whatever the role or consequences. She has a strong faith in hard work which she thinks it as; God rewards the efforts not the results. To her, secret
of success is very simple, try your best and let God do the rest. If you have tried your best, you are always a winner no matter whatever the results. Her
academic journey towards nutrition started since her childhood as in grade six, she first studied nutrition as part of her home economics course.
Her inspiration were the teachers who motivated the value of nutrition which was hooded under the umbrella of home economics which is why she chose to take home economics at undergraduate and postgraduate levels and got degrees in home economics with specialization in food and nutrition from Rana Liaquat Ali Khan Government College of Home economics Karachi in 1983. With her hard work and devotion, she secured first positions at both the degrees and was awarded two gold medals for this achievement.
She has 29 years’ experience of teaching and research, has guided more than hundred research studies, presented researches in several national and international conferences. 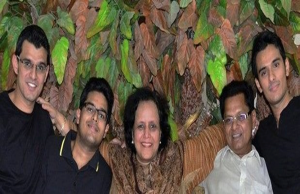 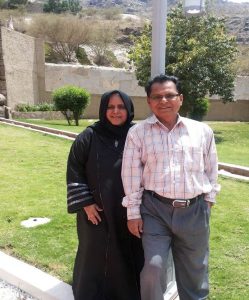 Children’s education and character building was her first parents priority along with active involvement in social welfare activities of wide variety.

• PhD from Kings college London, United Kingdom in 1997
• MSc and BSc. in home economics with specialization in food and nutrition from RLAK Govt. College of Home Economics Karachi, Pakistan

• She joined RLAK College of home economics as lecturer in 1983, and was awarded common wealth scholarship to do PhD from Kings College London in 1993. After successful completion of PhD in 1997, she rejoined her duties at the college and played an active role in promoting education and research at the dept. of nutrition.
• She was the founder general secretary of Pakistan Nutrition Dietetic Society and later served as a vice president and president as well. In 2002, she became youngest professor of the education dept. government of Sindh and in 2004 was given the charge of college as Principal. As a principal, she led the upgrading of curriculum of Karachi University to match the international standards.
• Later, she served as convener for higher education commission of Pakistan and led the enhancement of curriculum at the national level.
• In October 2012, she took sabbatical leaves and joined Taibah University, Medina as a professor of clinical nutrition where she made significant contributions in the improvement of curriculum, teaching of nutrition care process, nutrition research and international nutrition. 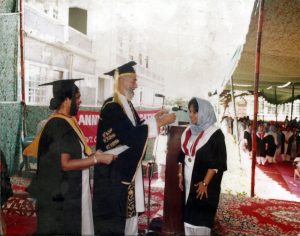 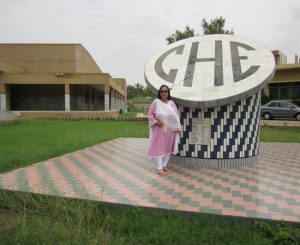 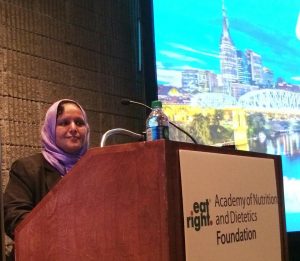 • She formed the Food and Nutrition society (FANS) that actively supported the formation of PNDS in 2003 and is still an active body that prepares the students for their future leadership roles.
• She represented PNDS as ICDA liaison and represented PNDS at ICDA meetings.
• She formed PANAP to initiate the establishment of a system for accreditation of human nutrition professionals that resulted in a system for registration of dietitians by PNDS.
• She is an active member of Nutrition society UK, academy of nutrition and dietetics, European federation of dietetic associations and world public health nutrition association. She has received international awards for her research and service to the field of dietetics and has recently been nominated as “Country Representative (CR) of the year” for her services to the field of dietetics in Saudi Arabia through the role as country representative for Saudi Arabia. On the basis of her experience and contributions, she has also been awarded fellowship of association of nutrition UK and academy of nutrition and dietetics USA.
• She also contributed to the field of nutrition by publishing more than 40 research paper and making more than 100 presentations at national and international forums. Recently, she served as an invited speaker at AND IFNCE at Atlanta.
• She recently participated in a project aiming at the development of dietetics in the Middle East, an EU funded research project about effect of maternal nutrition on offspring and Academy of nutrition and dietetics’ Evidence analysis library project about maternal malnutrition.
• Due to her continuous efforts, she has worked on some major projects and made contributions in CHE BS program, NADEP(National Association of Diabetes Educator Pakistan), and of course PNDS itself.
• She has been blessed with acquisition of academic and professional position, recognitions, awards and rewards that were never my main target. She is really thankful to Almighty Allah for giving me a chance to achieve all this in my life.
• She has developed a generic food photograph atlas for dietary assessment, developed diet planning charts for professionals and people with diabetes. Now, she is working to develop Pakistani cooked foods composition database. 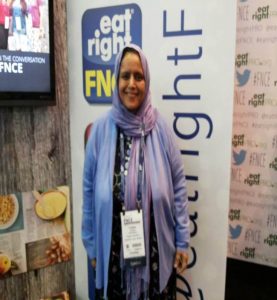 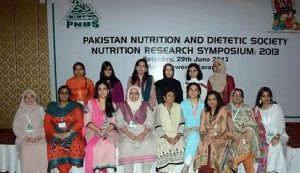 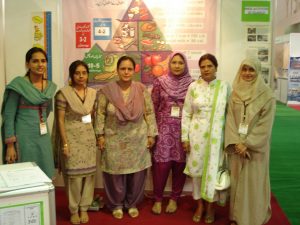 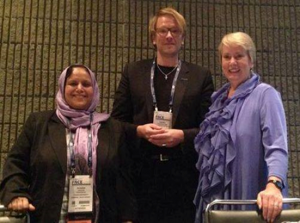 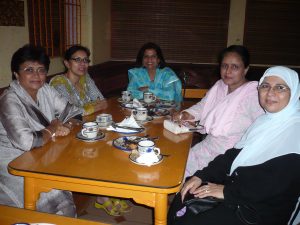 • She perceives that even if she had not been in this situation she would not regret it as the satisfaction of doing our best is a prized feeling that keeps you satisfied always no matter whatever the results.