The meeting was conducted on 7th of November 2020 at Motia Hall, Movenpick Hotel Karachi.

The program started at 12:00PM with Tilawat-e-Quran followed by welcome address of the President PNDS Fayza Khan. Later on, an annual report was presented by Mozamila Saeed which briefly explained PNDS activities during June 2019 to June 2020. The report had updates regarding CNEs, Newsletters, Memberships and Registration Dietitian Exam.

The treasurer Sabeen Siddiqui, then put forward the financial report where she precisely explained the finances of the organizations and the future investments made by the department. PNDS believes in transparency and everything we do is discussed amongst all in AGBM. Followed by an in-depth financial report was bylaws approval where 35 new clauses and 5 amendments were approved by the Vice President PNDS Rabia Anwar, after which the lunch was called.

After lunch there was a panel discussion moderated by Dr. Romaina Iqbal on “Promotion on good nutrition and health by Media Professionals”

Panelist discussed ways to highlight the importance of good nutrition, and brainstormed how such awareness should be spread amongst masses.

The discussion was streamed live on Facebook to spread awareness and inspire masses. The ceremony was closed with a thank you note from President PNDS Fayza Khan. 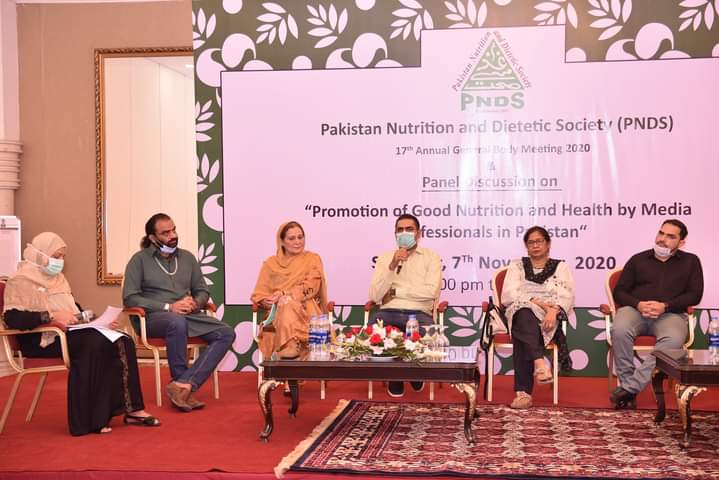 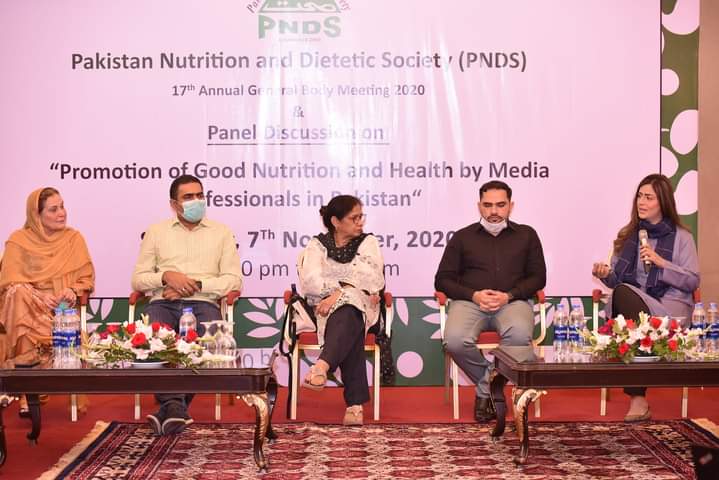 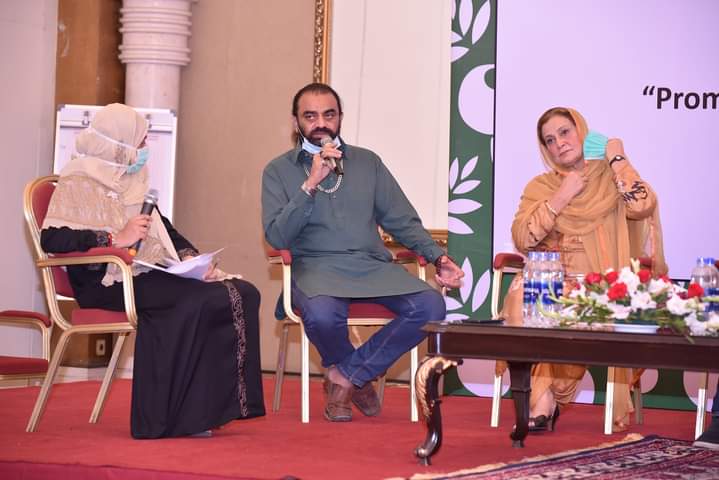 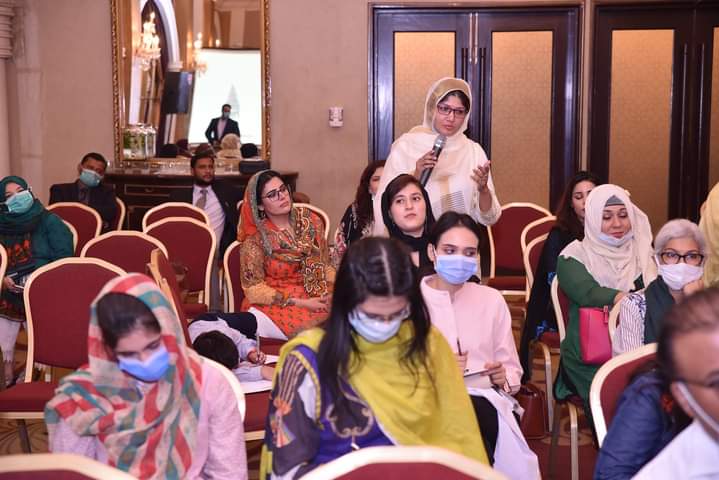 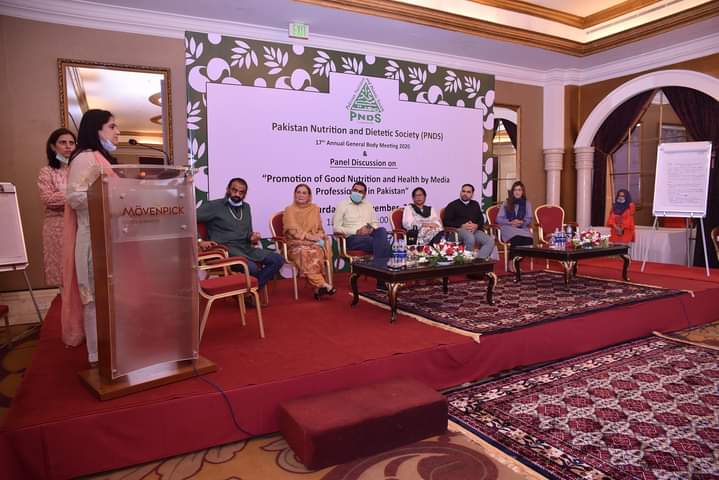 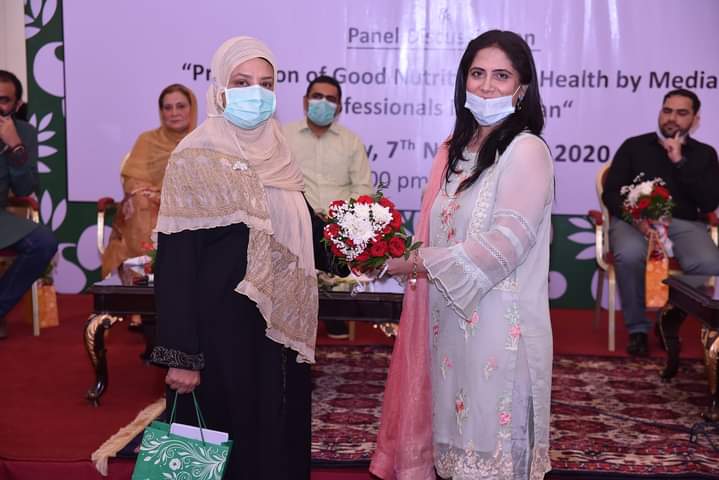 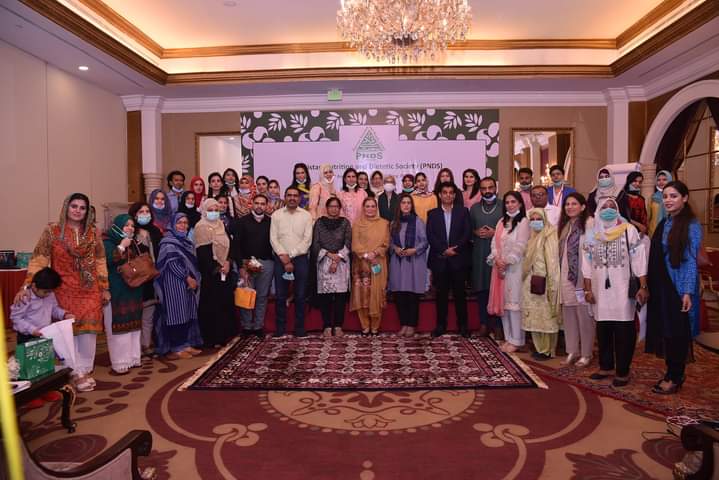