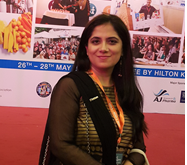 A self-motivated and driven individual who strives to get things right first.Her passion, creativity and attention to her profession is matched by thoughtfulness, depth, and rigorous introspection.She has progressed from being a confident person to a sparkling and influential one. Currently serving as a Head of Nutrition & Dietetics dept. at The Kidney Centre Post Graduate Training Institute in Karachi, Associated with PNDS (Pakistan Nutrition & Dietetic Society) for past 11 years and currently serving as President & Chair PR Committee of the society. Represented Pakistan in various regions including ICDA Congress 2016 in Granada,Spain,Asian Congress of Dietetics at Taipei, Taiwan (2016), Thailand (2009), and at MDA-AODA 2016 Conference in Malaysia

After completing her Masters in Nutrition, she did three months of initial training at the Kidney Centre PGTI under the supervision of Dr. Nilofer F. Safdar. Then, she joined Quality Assurance Department at Cupola group of companies/KFC. After working there for few months, she rejoined field of Clinical nutrition and started working at Sindh Institute of Urology and Transplantation(SIUT) where she got chance to be part of a nutrition research project along with getting experience in clinical nutrition. In 2004, she completed a three months course of Psychosocial counseling skills at PNS Shifa Naval hospital and became a Human Social Worker (HSW). In 2004, she joined the Kidney Centre PGTI again as a Clinical Dietitian and now she is the head of the Nutrition department where she provides dietary guidance/diet consultation for adults and pediatric patients; with different conditions and diseases e.g. Kidney diseases, diabetes, heart disease, obesity etc. She also has keen interest in nutrition research & has been involved in various research projects during her educational & professional experience. She also represented Pakistan at various national and International nutrition and dietetic forums and conferences.

She joined Pakistan Nutrition and Dietetic Society (PNDS) in 2003 as a volunteer member. She got elected as part of Executive Committee in 2005.She has been committed to PNDS, appointed as Joint Sect. in 2007-2009,as Vice President from  2009-2013, and President, PNDS from 2013-2017. She worked for membership & Accreditation Committee of PNDS and now as Chair Public Relation/National and International Liaison Committee, PNDS. Apart from her regular professional duties, she is actively engaged in public nutrition education through programs on various TV channels and other public/professional forums. She also participates in philanthropic and social welfare activities of the under privileged strata of the society. 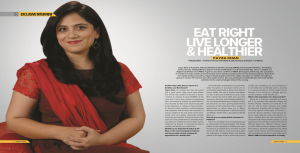 KEY MESSAGE FOR THE AUDIENCE IN HER OWN WORDS: 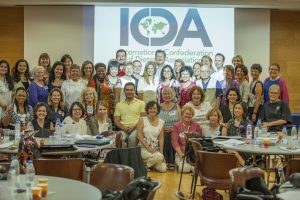 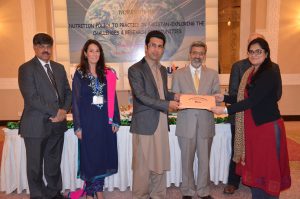 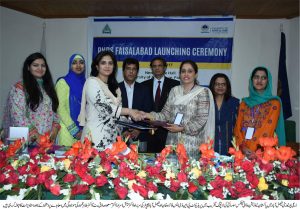